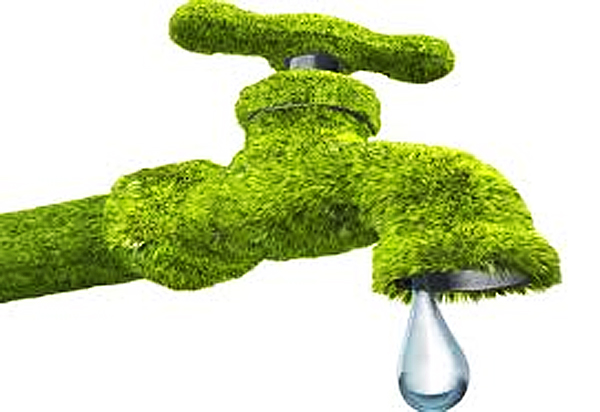 When possible, it is ideal to have as much piping and plumbing for  water use in the house in close proximity to each another. Not only is this common sense, but it maximizes effectiveness and reduces the amount of material, and hours working, plumbing the house. If designing a house with let’s say two interior bathrooms, then it would be ideal to back the kitchen up to the guest bathroom, and that bathroom back up to the master bedroom’s bathroom – all the while being next to an outdoor covered space (i.e. garage) which also has a bathroom and washing machine. This puts all the piping relatively close and highly manageable. If we break this down into segments then that is a large sink for the kitchen, a sink, shower, and toilet for both the guest and master bathroom’s, and a sink, washing machine, and toilet in the outdoor covered space. A total of 10 water usage fixtures if we use water toilets and not composting toilets (composting toilets being more favored and more efficient way of closing the hole of nutrient loss in an integrated permaculture system).

Water from the roof is then captured via a large cistern that is relatively close to all the fixtures (behind or on top of the garage) and then piped into the house via gravity and/or small solar powered or alternatively powered water pumps. Both gray water and black water are piped out of the house and utilized for growing systems (optionally, before gray water leaves the interior of the house, it can be piped through an interior greenhouse that faces the sunward side of the house). Common sense plumbing design is efficient, saves time and money, and also effective in creating a house that functions around the way you live.

Permaculture Tip of the Day - Planning a Food Forest - Part 2