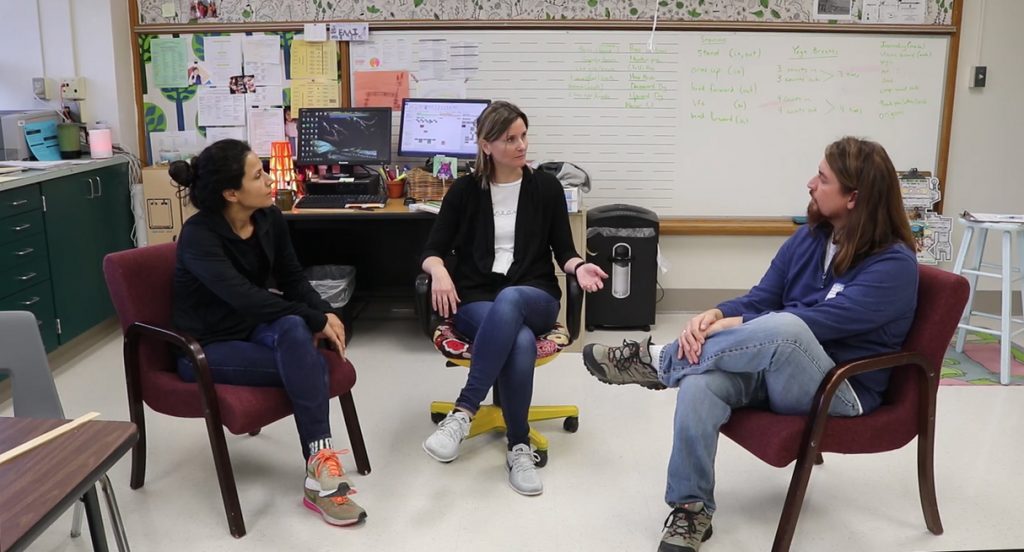 These ladies are AH-MAZE-ING! Linsey Gilbert and Grace Johnson are compassionate, thoughtful, and action taking women who are challenging the status quo at school and moving towards something that will truly change the lives of their students, the staff, and the community around them. Watch this video and share the beginning of a great story that is still be told…

Link to the 18 skills Nicholas talks about in this video

Nicholas: today I’m doing something really cool. I’ve actually never done this before. One of the students through our herbal medicine contacted us. She was like hey, I work an elementary school and we want to integrate like serious growing methods on the school and in our curriculum. She’s got together a whole bunch of teachers and students and their students’ parents and asked us to come in. We’re doing that now. Never, new territory, always learning, always stretching like balloon. Let’s go check it out.

Thank you for coming out here. This is a new arena for me because I’ve taught all over. I’ve actually spoken to high school students. This is a first time to work with an elementary. I’m very excited because it’s just like the cigarette company you get them while they’re young. We’re opposed to bad stuff. This is really, really good stuff.

Permaculture farm is hard work at the beginning and then it is still work but it’s real chilled out as time goes on. Here there’s a couple more elements and things are shifted around. Remember like I said, nothing new. It’s like the music. We only have 12 notes but we arrange so they make sense.

What is amazing about this whole situation is this a public school here in Garland, Texas Park Crest Elementary School. Linsey has reached out and said hey, look we’re really interested in doing this. We had a group of some teachers, some faculty and some parents come and discuss how this was going to benefit the kids and really kind of infiltrate permaculture into these young kids. How did you come up Linsey, how did you come up with this idea that you wanted to do this?

Linsey: the idea for the garden came about with a strong desire to find a way to build community and then realizing that the place is within the school. Then the question is how to build community within the school. Something that I’ve always on the side been passionate about is gardening and being connected to the planet. It seems like currently with the environmental problems that the world is having and the disconnected problems that we’re having in our society with the two things just seem to go together. It sort of seems like a natural solution.

Grace: it interested me because being the school counselor I worked with kids on their motivation for being in school, their school a success and what I have seen working with kids is I think they want to have a purpose, a reason for what they’re doing today. Linsey had this idea of the garden that went along with what I was always wanting to have when I started working here which is come up with some way of uniting the kids to see their purpose in what they’re doing and how it protects those around them so I thought gardening in school.

Linsey: before we had even talked she was already talking to the kids about saying this school is like a garden. She had the same intuition almost before.

Grace: in one of my first school, it was my first lesson I said, this school was a garden and that they were parts of the garden. Each person has a role that affects one another. It is kind of along the same thing with what you talked about but I want to use the kids as the garden and different version of themselves as flowers.

Nicholas: it sounds like a wonderful exercise diversity of the children. You’ve got support species and you know.

Grace: I didn’t know all of that but I mean it makes sense.

Nicholas: I hope that people who watch this maybe some of them are teachers themselves and they’ll reach out and maybe let you hear about some of their successes and failures. Speaking of, what are some of the biggest hurdles that is kind of being hypothesized?

Linsey: we were just in the planning stages. The only thing that I can see so far is that we speak different languages so we’re slowly learning how to, we want everybody to feel like their voice matters so maybe I can’t speak to what the hurdles in the garden are but I can see in our school like we have a lot of, a majority of Hispanic students. Mostly we have English speaking parents that volunteer in the school so we’re wanting to see more of our diverse population represented in the school.

Nicholas: that’s a good challenge. I think this is really awesome. Again, thank you so much. Super, super cool. I’m looking forward to seeing this progress and being I mean there are opportunity for somebody to drive by and see something public do it and also really getting the kid’s brains and realize that hey, there is no such thing as job security. We may need to create our own food.

Nicholas: thank you so much.

Nicholas: we’ll see if we can get some translation but it sounds like they would rather have food growing than just recreation. I think we’re on to something.

What Linsey is doing at Park Crest Elementary School is just absolutely remarkable. The way that Linsey is going about it and going to the parents and looking for that long term partnership where it doesn’t fall on her is very useful and also with the potential of adding it into the curriculum where every student that goes to that particular gets exposed to that. It would be very beneficial for the students as well.

It is growing food. It’s part of the 18 skills that we have identified and if you haven’t seen that infographic. I’ll put a link to it on that is found on our website or you can just search our website for 18 Skills School of Permaculture and it will show up. Growing food is definitely there,  they’re all good that you can learn. Really, all of us in general should just start from kids. 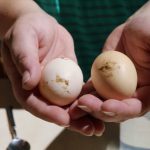 Is your egg stanky?

Don’t judge me, I make my own potting mix! 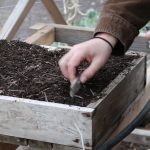