Don’t judge me, I make my own potting mix! 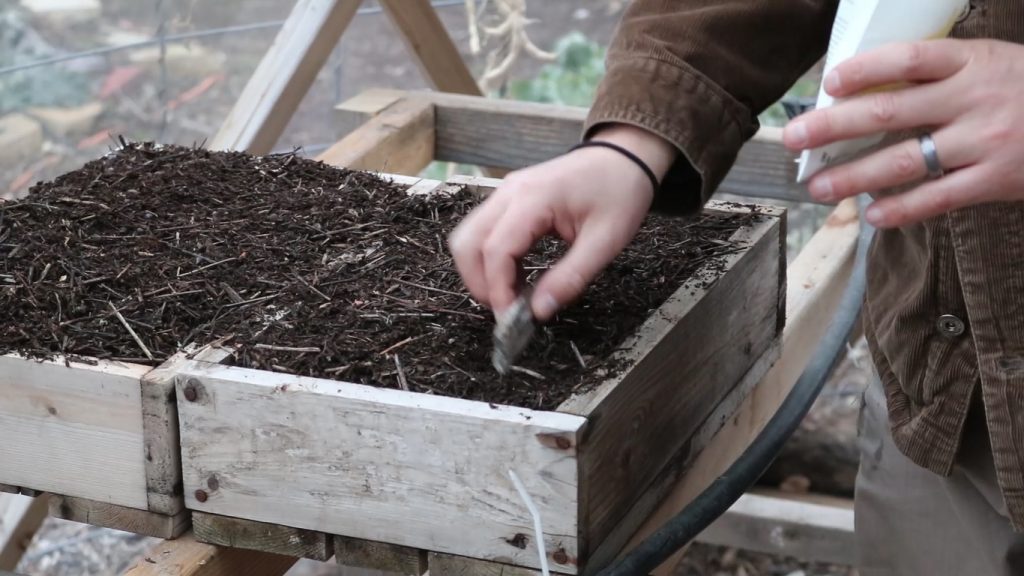 Let’s be real, who wants to be addicted to continually buy product for your garden or food growing operation? I don’t! This is one of the reasons I love permaculture. We have so many ways of developing systems that after initial setup drastically reduce or eliminate extra work or outside input. Watch this video and I will show you how I made this batch of potting mix for our spring garden. Whoodang!

Today is the day. It’s 19 degrees outside. It was 9 yesterday Fahrenheit but it is time. I’m already two weeks behind. We need to get some compost sifted and we need to get our onions in the flats so that they can be ready for harvest. Let’s go do that. Winter garden, spring garden prep.

I’m already starting with pretty good material. I made this compost before winter and just hadn’t even had time to come and actually finish it. We may get some surprise volunteers in the spring. That is what happens when you lazy compost. There’s a benefit when you just start but check out the base material that I’m working with. It’s already a compost that is mostly compost is already down here.

You can kind of see our sifter. This is our suburban side sifter. It’s our current sifter. Nothing fancy, all scrap material. We got scrap plywood, some scrap 2 x 4 and then we had some bungee cords. I think the only thing that was bought here was potentially the springs and hardware and then the hardware cloth, what we use in a screen. It’s basically a suspended hardware cloth mounted into this sifter. You see some of the hardware here some screws and a washer fold over the hardware cloth. Very simple. It fits over a wheelbarrow and it makes it easy. Here just a second we’ll take that off and get the material underneath. Put that into a flat.

It’s really cool. Eric Sider actually came up with this design out of almost sheer desperation. I’m needing a sifter for our site. On the forum though you guys have got to check out our circular one that is in the process of being built. Let’s see if we’ve got enough potting mix.

Check it out. It’s going a little dormant. We’ve got a little compost. This whole system, a couple of things with it. Here’s where our base material came from. It’s a compost pile. We got it. We sifted it out using a sifter into the wheelbarrow and then come over and use the sift itself to go into the flats. The flats will then hold the seeds. What happens thought is the real fine material that we can use for potting mix goes into the flats but there’s a ramp as you can see. This little piece of white I think linoleum is what we used on this recycled sifter. That is here so we have another pile of big chunks. It looks like leaves a big old mess but really this goes back in here and then it just continues to compost.

In the greenhouse now. The basic premise is your nursery, your garden design and your irrigation system are really all one system. You wouldn’t design a nursery that couldn’t fit what you needed like flats versus pots or vice versa. You can put enough orange pots in a small space you go to flats. We got onions right now that go in. a matter of fact about two weeks late.

I’ll go and seed some onions. We need about 365 because you need about at least one onion a day as the year goes on. These will get seeded and as it warms up just a little bit more we’ll get into the broccoli and the cauliflower and all the other things that need to get started before the last frost state.

Last year we had some good success with these onions here. They’re from Baker Creek Seeds. These are considered the gigantic onions come up be as gigantic as normally in the store. We’re going to put these down in little furrows in these flats and there is a number of them in here. Last year we didn’t save any of those seeds but we’re going to save them this year so we dont have to buy so many seeds.

This particular method, there’s about a billion different ways you can make furrows. As a matter of fact we just got a perfect seed sower. I’ll have to show it in another video just perfectly even. Last year I think we just literally spread the packet across the whole flat.

This particular round I got three furrows in this flat. I might do four in the next one. Given just a little bit more space they grow really well. The onions are really tough pre transplant and especially post-transplant. At least this version is. I’m going to get going on the rest of these in the next coming weeks. We’ll make more flats but that is what we’re doing here at the School of Permaculture. Rocking out, getting ready for a bunch of bone broth with all these onions, maybe some stir fry. I’m getting hungry. See you later.

One more thing. I did forget to mention. All you need is just sifted compost for potting mix. It’s nice. Literally that is all you need. I’m a bit of a I guess purist here on the backyard section of the suburban permaculture side here at the School of Permaculture because all of the beds have only been made out of site made compost. Over the years we have saved all of kitchen scraps, leaves, straw, all of it was made here. We really take care of these beds here in the backyard section of the School of Permaculture Suburban Side.

However, if we wanted to go the extra mile we can cut that 100% sifted compost with 50% of that with sand, sharp sand. You can add amendments in there if you wanted to, green sand, azomite, whatever you might want to do but as far as the School of Permaculture’s backyard site it’s all just site made compost. 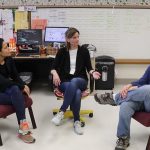 How to get buzz for your permaculture project 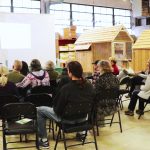