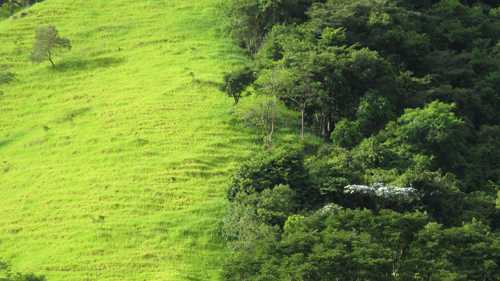 When two environments come together we usually can prepare to see the edge effect in full effect. When a prairie meets a forest, a rain of nutrient in the form of pollen and insect parts and feces falls on the inside edge of the forest. To capture that nutrient we can utilize this occurrence, in design, when we set up hedgerows, wind breaks, or strips of food forests that are perpendicular to the prevailing winds.

Permaculture Tip of the Day - Keypoints