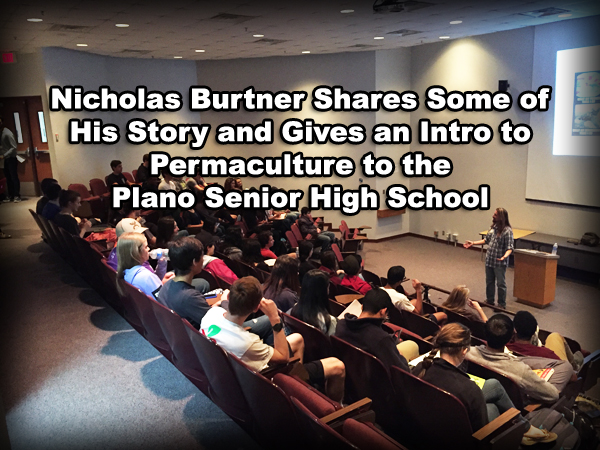 Mr. Yoder, the Plano Senior High School’s environmental science teacher. came to one of Nicholas’s intro to permaculture and later a permablitz and it seems that he has obviously caught the permaculture bug. We were honored to be asked by him to come in a lecture for two days on what is permaculture. Mr. Yoder is a real hero who cares, not only for the environment, but for the future of humanity.

~We greatly appreciate your shares and likes. Please share if you found something useful.

Clint Chamberlain has this to say about the School of Permaculture