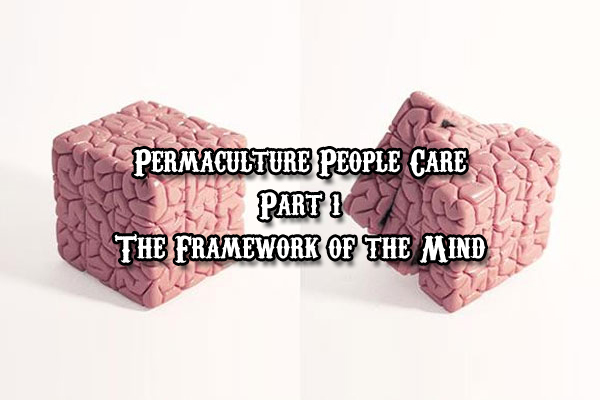 As I have written in the article “Permaculture’s Archilles’ Heel“, it is the people systems that are the number one reason why most permaculture systems fail. I would suppose the on site financial systems would be number two (a tip on invisible structures for setting up permaculture financial systems coming soon). We do not have much training in permaculture on people systems and people care. Matter of factly there is not a lot written about it in popular culture. Guess understanding and communicating effectively with people just isn’t sexy… Ha!

I’ll admit that I did not even know how to cook until Igot intomy mid twenties. It was not a skill that was taught to me. I was reared to get a job or focus onmaking an income. Basic necessary skills for living, such as cooking and growing food, were more on the way side and not as important next to making money. Most of the world is like this today.

I had an ah-ha moment of sorts somewhere near that time.  I would be eating food pretty much every day for the rest of my life. It was foolish of me not to know how to cook. I was rather useless to myself. This had an immense impact on me and it was a foundational turning point that has led me to where I am today in permaculture… A few years later another ah-ha moment was on the rise.

I would be around people pretty much everyday for the rest of my life. Again it would be foolish not to, at a minimum, put forth effort to understand them and communicate more effectively. At first I felt like a fish trying to climb a tree, just not equipped. But it truly got easier the more I understood. I just wish I would of known this earlier.

Like the 7 layers of a food forest, the brain, in most people, follows a framework and construct. It looks something like this:

So firstly if we want to have better experiences with people it would suit us to have emotional intelligence (just by understanding the framework we gain emotional intelligence). If I want to change how I feel so I can communicate better and more effectively then it will start with my thinking. The sky can stay blue but how I think about it being blue (beautifully blue or melancholic blue) will effect how I feel, then that will have a major impact on how I communicate with others. Thus people care.

Plan on crashing and burning a few times, but be persistent, positive results in people care will follow.

Permaculture Tip of the Day - The Lamiacea 'Mint' Family