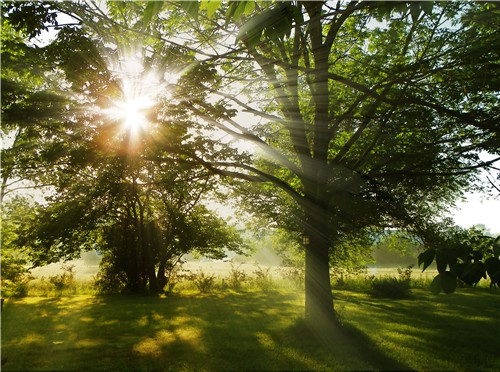 There are only a few things in nature that are constants. When designing landscapes and structures such as houses it is very important to design not only to solar aspect, but to light itself.

Depending on climate region we may want to design “to absorb the light” or design “to reflect the light”. Both reflection and absorption are albedos of light. When we place a dark surface (like a black spray painted piece of metal) into a design, the light that gets absorbed into the metal actually converts into a long-wave radiation, then re-emits as heat. This principle is used when designing both convection air conditioning for houses and hot water heating.

When light is reflected it goes back into the atmosphere or is absorbed by other surfaces or structures such as garages, greenhouses, or barns. We can utilize this effect by understanding or gauging a percentage of light that is either absorbed or reflected. This gives us power in design where we can design to the constants of such things as the sun to allow for automated natural system design.