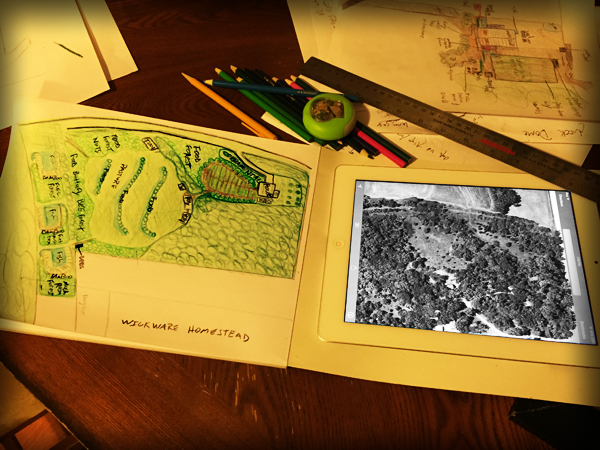 Somewhere near the early 2000’s I was co-founder of an architectural rendering firm that specialized in creating 3D renderings for architects using a computer graphic software called 3D Studio Viz. This was a specialized 3D animation software that was geared specifically to the architectural industry and was offered around the time that software giant Autodesk (who owns autocad) bought the 3D Studio company and started marketing 3D Studio under the Autodesk brand. Viz was essentially 3D Studio Max missing many of the robust features. I do not believe they make Viz any longer.

I spent the next decade or so diving deep into graphic design and 3D rendering. I am sure that has something to do with my preference of hand renderings over computer aided design. Before I go a little deeper into my thoughts on the pros and cons of both, it is wise to state that the advances of 3D computer software is outright amazing and the ease of access obtaining it is a reality the home user can seriously pursue. One of the key features to computer aided software for permaculture is the ability to give walk through animations of farms or homesteads before they are built. This alone is awesome!

A 3D rendering using 3D Studio Viz from autocad files circa 2000 for a church build proposal in Forth Worth, TX. The rendering helped secure funds to turn the proposal into a reality (photo).

Some PROS and CONS